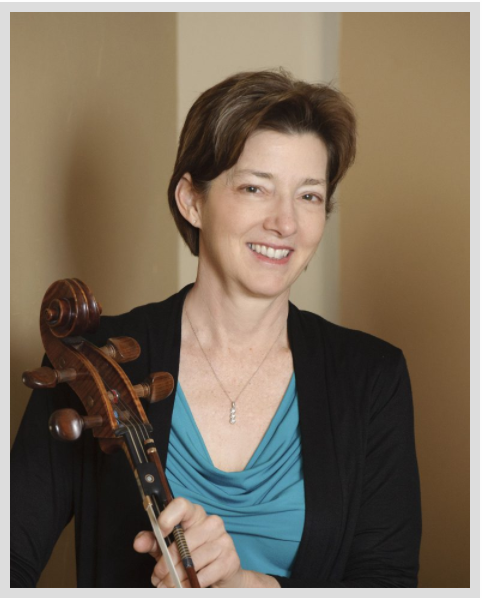 Susan Lamb Cook is an active performer and educator both nationally and internationally, and is sought after as soloist and chamber musician in Europe, the Far East, and the USA. She is on the artistic staff for the Classical Music Festival in Eisenstadt, Austria, and has served on faculty for the Vianden Festival, Luxembourg, and the Saarburg Festival, Germany.

Susan is currently Lecturer at the UC Davis. Her tours of China have included performances and master classes at the prestigious Shanghai Conservatory and in the cities of Jinan, Liaosheng, Dezhou, Qilu, Hangzhou and Xiamen. She has performed and given master classes at San Francisco State University, Scripps College and Harvey Mudd College, and has been featured on Austrian National Television.

As pedagogue, Susan is highly regarded and her students perform regularly for competitions and public concerts. She is co-author of the Guide to Teaching Strings by Norman Lamb.

In recent years, her focus on music education has taken her to public schools around the region offering performance presentations and classroom visits. Grants from the Rumsey Community Fund and the Swift Fund for the Arts supported her appearances as artist-in-residence for the Esparto School District. Her work in developing the Sacramento Youth Symphony's Chamber Music Workshop is noteworthy.

Susan has recorded works by Daniel Kingman for Innova Records and Rachmaninoff for cello and piano, as well as works by Beethoven, Beach and Bernstein with the Gold Coast Trio. Ms. Lamb Cook studied with Angelica May at the Academy of Music in Vienna, Austria and Charles Wendt at the University of Iowa.