Hui is a highly accomplished violinist across different genres. She was the top Graduate student of Koichiro Harada at the prestigious Indiana University Jacobs School of Music, where she graduated with a Master's Degree in Violin Performance.

Hui was the top prize winner of

2003 National Piano and Violin Competition and

Her Solo Recital at Esplanade was listed as one of the top 3 Classical Performances by Straits Times in 2010.

Hui was the concert mistress of

Locally, she has appeared as violin soloist for

played for soundtracks produced by

for several top local theatre productions, such as

If There're Seasons, Liao Zhai Rocks & Into the Woods. 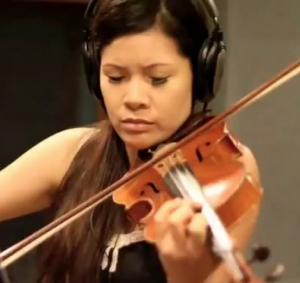 You play along with pro accompaniment from beginner suzuki book 1 to intermediate string quartet. Learn fast and fun The best natural method to improve now